‘Jack Reacher is a ghost, ex-military, Iraq, Afghanistan, you name it, Silver Star and a Purple Heart, served in the military police, a by all accounts brilliant investigator, troublemaker too. Then two years ago he disappears. You don’t find this guy unless he wants to be found.’ – David Oyelowo’s Emerson in 2012’s Jack Reacher. 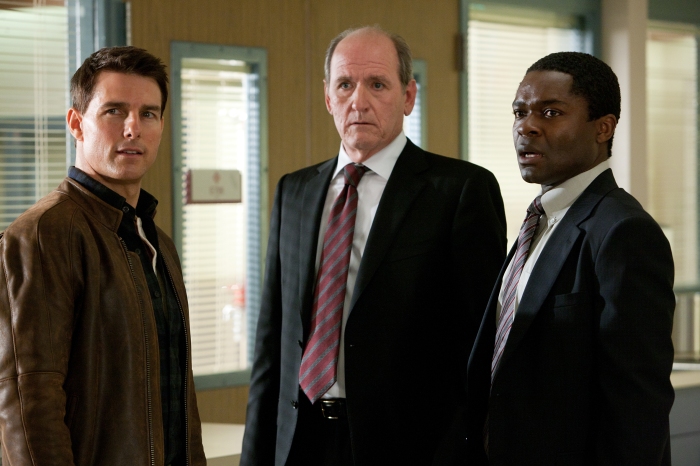 (from left to right) Stars Tom Cruise, Richard Jenkins and David Oyelowo in a scene from their 2012 feature film, Jack Reacher (Collider.com Photo and Caption)

‘People have forgotten how to tell a story. Stories don’t have a middle or an end any more. They usually have a beginning that never stops beginning.’ – director Steven Spielberg on  storytelling. 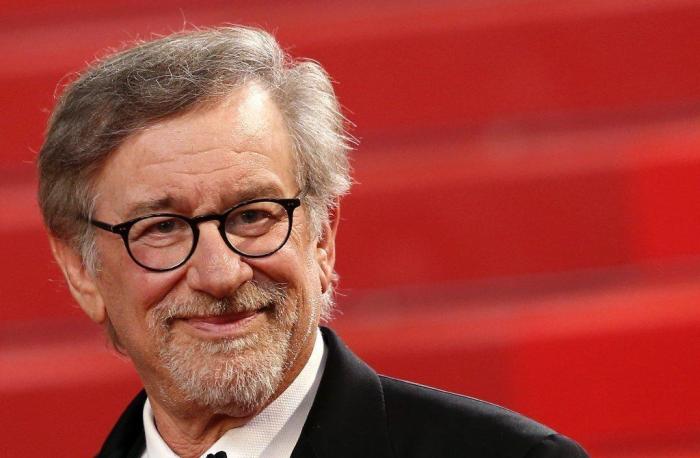 Director Steven Spielberg at a screening of his 2016 feature film, The BFG, at the 2016 Cannes Film Festival (LATimes.com Photo and Caption)

The dichotomy in our intro – and director/co-screenwriter Edward Zwick’s 2016 feature film, Jack Reacher: Never Go Back – is hard to avoid.

Much like the Force in Star Wars, Episode I: The Phantom Menace, there’s a fine line between exploring the enigma at the core of a story without making the explanation overly sentimental or cliché.

That being said, 2016’s Jack Reacher: Never Go Back explores the titular ex-military policeman’s past associations as unflappably as Jack Reacher might. 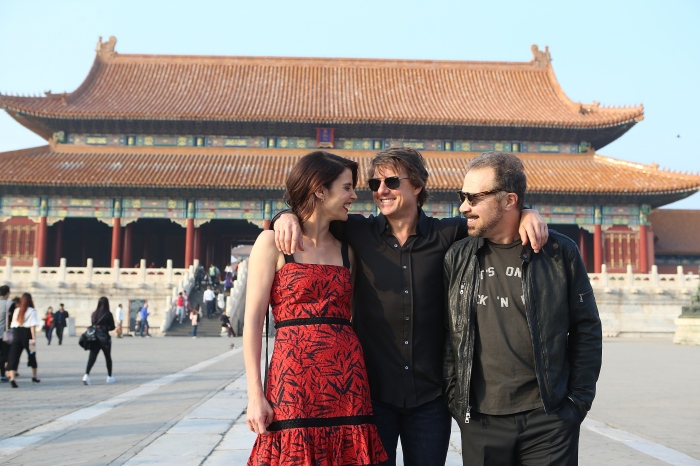 (from left to right) Stars Cobie Smulders and Tom Cruise and director/co-screenwriter Edward Zwick in Beijing whilst publicising their 2016 feature film, Jack Reacher: Never Go Back (SGFinance.Yahoo.com Photo and Caption)

That said, director/co-screenwriter Zwick implies that familial sentiment is something that often comes from shared experience rather than blood ties (à la Tom Cruise’s Jack Reacher’s fatherly concern for Danika Yarosh’s Samantha despite not being related to her).

More politically, that private influence over government should be kept in check, for fear of problems close to home (as shown by private military contractor Parasource‘s influence over Holt McCallany’s Major Morgan and employment of Robert Knepper’s General Harkness to keep its drugs and smuggled weapons coming in).

On that note, it is also implied that wars overseas can have repercussions closer to home (as suggested by Austin Hébert’s Prudhomme to Jack in his, ‘we left enough shit (read: weapons) there to start another war’ and ‘there’s more shit (read: heroin) on the streets of New Orleans than they’re producing in Afghanistan’; this culminates in Jack and Cobie Smulders’ Turner chasing down the imported weapons and drugs).

The above being said, the film makes the point that family is more than blood relations quite well. Jack and Samantha’s familial relationship follows Jack’s surprise at their relationship, his stubbornness to keep her safe and – even after Samantha admits, ‘I was the one who made her (mother) file the paternity thing’ – his determination to keep her safe.

The pervasiveness of private influence over government, with neither being especially distinct from the other in rank of personnel or procedure – unlike 2016’s Inferno – and its ability to endanger people for commercial gain (‘they’re [Parasource] bleeding cash and the banks want blood’ hence ‘they’ve been providing insurgents with weapons’) is a point repeatedly and vocally made.

The film’s plot is largely a consequence of foreign-set actions influencing Jack Reacher to act: whether he’s fighting human traffickers in the beginning, helping Turner solve the murder of her Afghanistan-sent colleagues or stopping the import of drugs and surplus weapons. That said, the impliedly conflict-propelled plot makes its point.

The above being said, director/co-screenwriter Edward Zwick’s 2016 feature film, Jack Reacher: Never Go Back is an entertaining, if unnecessarily over-villain-ed, action film which won’t necessarily call attention to its craftsmanship, as its director may well have intentioned, but what it had to say instead. 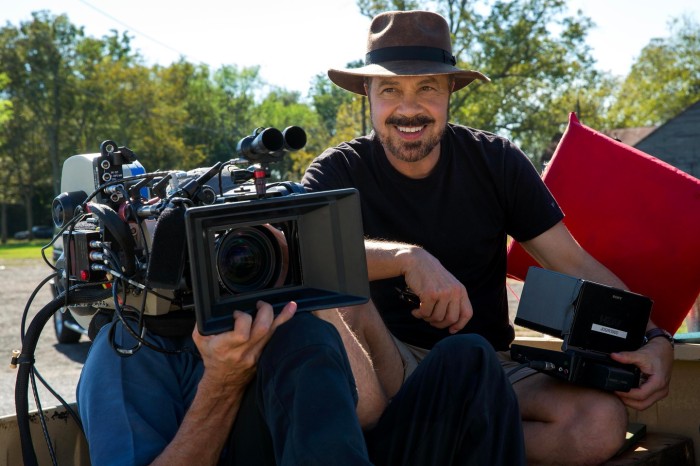 (Whilst the opinions above are, unless stated otherwise, the author’s own, the following sources were used for information: BrainyQuote.com, Collider.com, IMDb.com, NewYorker.com, NYTimes.com, Ranker.com, SlashFilm.com, VillageVoice.com)

Plot: an ex-military policeman seeks to clear his colleague of espionage accusations.

Act 3: Jack speaks to Colonel Moorcraft; Jack decides to lead his pursuers away.

Act 12: Jack decides to confront Samantha over her track-able cellphone; Jack, Turner and Samantha decide to head to New Orleans.

Act 14: Jack decides to call The Hunter from the arrived aircraft; Jack, Turner and Samantha decide to escape onto the apron.

Act 15: Jack decides to tell Samantha he is her father; Jack, Turner and Samantha decide to head to a hotel.

Act 20: Jack, Espin and Turner decide to storm the private airport; Turner decides to confront General Harkness over the shipments.

Act 21: Jack decides to examine the weapons, revealing opium packets; Jack and Turner decide to return to the hotel to find Samantha.

Act 22: Sam decides to flee from the hotel and The Hunter; Jack and Turner decide to follow her across the city streets.

Act 23: Samantha decides to flee to the roof; Jack and Turner decide to follow her up.

Act 26: Jack and Turner decide to return to Washington D.C.; Jack decides to return Samantha to the boarding school.