Harkening back to high school somewhat, only in the most essential of ways, if you knew a friend who had broken the rules recently, would you tell the teacher?

Would the written delineation between you and your friend in the school rules matter or was it transcended before it really could?

What if, much in the only ever implied traditions of high-school, you were basically family?

Director Clint Eastwood’s 2003 feature film, Mystic River, based off of the novel by Dennis LeHane, has an undercurrent of that, whilst never explained until the end, which is captured in communal terms.

In terms of trademarks, 2003’s Mystic River feels, admittedly in our limited experience, atypical to our stereotypical expectations of an Eastwood film – it feels just a bit less spartan – but it feels increasingly like an Eastwood film as thoughts coalesce into words which materialise from the cursor:

As always, please let us know of any Eastwood-isms that you can find in 2003’s Mystic River; we always love to add to the list above and to our collective Eastwood-ism knowledge. 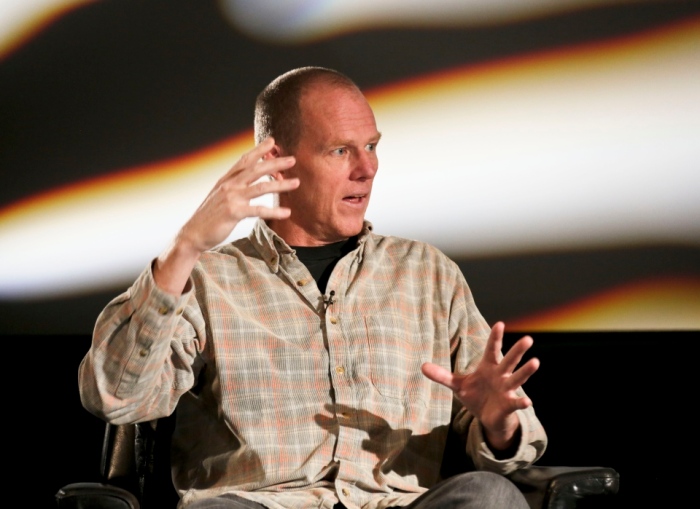 The script, by screenwriter Brian Helgeland, is interestingly done in that it doesn’t explicitly talk about some of its themes – family and the honour among such and friends – until the film’s very end. That being said, and jumping the gun somewhat with our acting commentary, there is a balance, albeit hindered by Dave’s generally antisocial demeanour, between the trio of Jimmy, Sean and Dave and their families through the film.

The core acting trio in 2003’s Mystic River – Sean Penn’s Jimmy, Kevin Bacon’s Sean and Tim Robbins’s Dave – are depicted as being fairly different  – Jimmy’s a little scrappy, Sean pragmatic and Dave fairly submissive – and this holds for the duration of the movie, especially with respect to each other.

Despite changes through the film – Jimmy evolves into a working family man, Sean becomes a police officer and Dave starts a family – each of them remain beholden to their original core traits as the film winds down.

The score, barring the piano cue that accompanies the opening titles, and courtesy of a number of musicians – composers Lennie Niehaus and Clint Eastwood and jazz musicians Kyle Eastwood and Michael Stevens – is, as is becoming an Eastwood norm, restrained and only appearing in the opening, the end titles and some key character isolation scenes, à la right after Jimmy’s scene with Celeste in the kitchen.

(from left to right) Director Clint Eastwood and director of photography Tom Stern on the set of 2008’s Gran Torino (WarnerBrothers Photo and Caption via WishyWashy.Egloos.com)

The cinematography, courtesy of director of photography, Tom Stern, uses a fair deal of helicopter shots that course over bridges, crime scenes and the like. Whilst not as much as 1992’s Unforgiven, there are still a measure of over-the-shoulder and low-set-camera-filmed shots.

The use of either technique, mixed with the aforementioned lighting, or lack thereof, lends interestingly to metaphor during characters’ incriminating or emancipating moments: for instance, Dave’s ‘vampire‘ conversation sees him bathed almost entirely, save for his face, in shadows whilst Jimmy’s epilogue scene, post-confession to Jimmy, has him bathed, face-full, in sunlight.

There is, though, a Kaminski-esque use of white-light-through-windows as Celeste reads the newspaper for information on Dave’s mugging encounter.

With a tad more simplification than Mystic River warrants, 2003’s Mystic River is an affiliation-ally complex and darkly shot (even in the day) film that shows its moral intricacies without needing to tell us about them. If, piqued by Ben Affleck’s Boston-set far or by virtue of being an existing Clint Eastwood fan, you choose to watch this, you shan’t be disappointed.

(Whilst the opinions and observations above are, unless stated as such, the author’s own, the following sources were used to acquire facts from: FilMaps.com, FilmSchoolRejects.com, IMDb.com, Movie-Locations.com, SensesOfCinema.com, TheyShootPictures.com)

Plot: a Boston detective and a local resident try to track down the killer of the latter’s daughter.

Prologue: Jimmy, Sean and Dave try to inscribe their names in the fresh sidewalk cement; Dave is abducted by child molesters but later escapes back to home.

Act 1: Katie is reported missing; Sean decides to go down to the crime scene and Jimmy  chooses to breach his way in.

Act 3: Sean makes the connection to Brendan; Jimmy decides to visit Dave for a talk.

Act 4: Sean decides to go and ask Brendan some question; Sean manages to convince him to take a polygraph test.

Act 5: Sean chooses to visit Dave and ask him some questions and later agrees to investigate him further; Jimmy decides to visit Katie’s mortuary and vows to find her killer before the police do.

Act 8: Dave chooses to tell Jimmy about seeing Katie the night she was killed; Sean chooses to interrogate Dave again but the latter is released.

Act 9: Sean decides to speak to the FBI and makes the Ray Harris-Jimmy Markum connection and decides to bring Brendan in for more questioning; Celeste chooses to speak to Jimmy and tells him of her suspicions.

Act 10: Dave decides to go with the Savages for a ‘night out‘ and Jimmy later decides to join them there; Sean makes the ‘her name‘ connection from the 911 call.

Act 11: Sean decides to go to Brendan’s flat to confront him; Dave, under pressure, decides to confess his part in Katie’s murder to Jimmy.

Act 12: Jimmy decides to kill Dave and dumps his body in the River Mystic.

Act 13: Sean decides to tell Jimmy about Brendan’s brothers being responsible for Katie’s murder; Sean later chooses to ask Jimmy about Dave’s whereabouts to no success.

Epilogue: Annabeth comforts Jimmy about his actions; Jimmy’s family, the Savages and Sean’s family observe the parade marching past outside.