As promised in my review of The Legend of Tarzan, there is a thematic continuity between it and Jarhead. In the absence of my ability to construct its reveal: between both films, the protagonist is really the president/general/leader managing the war, making decisions that could either end the story or keep it going.

Quasi-, but entirely subjective, epiphany aside, time to get on with the review.

To start with, the film is a repetitive (in a good way), surreally and mundanely shot, and  -drawing from the presidential protagonistic standpoint – historically-plotted film. That being said… 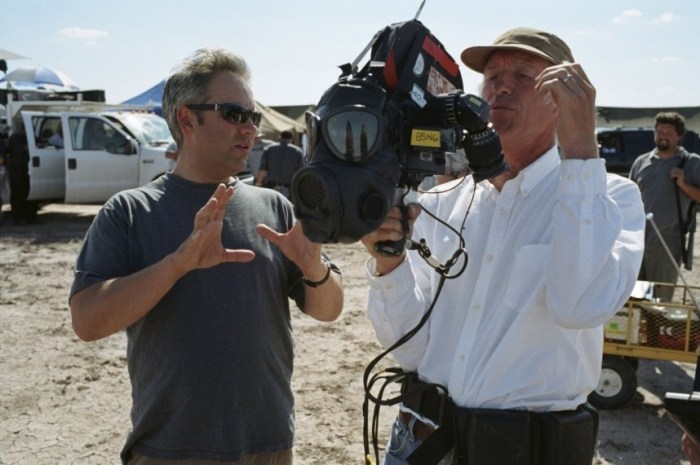 Director Sam Mendes, of 1999’s American Beauty and 2002’s Road to Perdition fame, brings similar themes – employer-employee relations (between Staff Sgt Sykes and Pvt. Swofford) , father-child relationships (between Pvt. Swofford and his father), and a protagonist that has seemingly lost all purpose (the implied Pvt. Swofford), among others – to the fore. The film, the more I think about it, is similar to American Beauty and Road to Perdition in that the stereotypically sought-after end (Lester’s relationship with Angela and both Michael Sullivans’ survival) never comes. 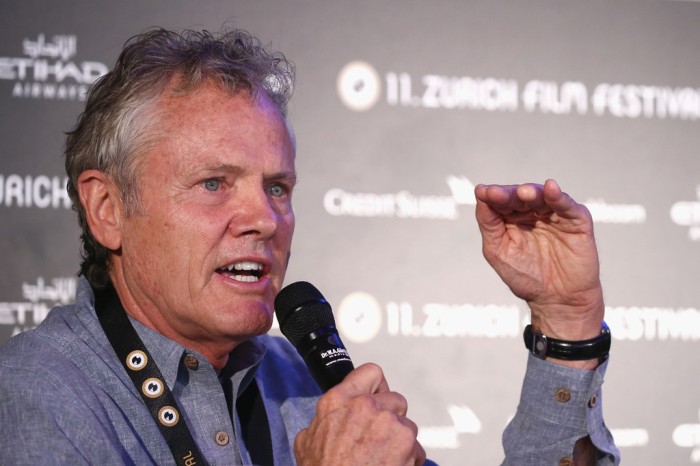 The script – based off of the real Anthony Swofford’s book, Jarhead – is really about the repetitiveness of life in general, the psychological toll of preparing and being primed for something that never happens and, while criticised for being apolitical at the time of its release, is about the dehumanisation of war when, civilian parties aside, soldiers aren’t given rights by their immediate commanders. Remember that day going through the motions emotionlessly and rigidly? This is made out to be that but on repeat, near endlessly.

(from left to right) Jake Gyllenhaal and Peter Sarsgaard at an event for 2005’s Jarhead (News.NSter.com Photo)

The star turns of Jarhead are from Jake Gyllenhaal’s Marine sniper, Anthony Swofford, and Peter Sarsgaard’s spotter, Alan Troy. Their turns in being rebellious and steadfast to Staff Sgt Sykes’ authority is the key dynamic of the movie. The sole, superficial, character arc for the latter involves earning his brand in the Marine Corps.

The score by composer Thomas Newman is markedly more electric guitar-driven than either American Beauty or Road to Perdition. To get a general idea of what to expect in Jarhead, listen to the first three tracks on the soundtrack album: Welcome to the Suck, Raining Oil and Battery Run. The songs used, especially T-Rex’s Bang a Gong, also work in the film.

Director of photography, Roger Deakins, on the set of 2005’s Jarhead (Universal Studios via MovieStillsDB.com Photo)

Jarhead looks surreal and mundane and military simultaneously. Cinematographer Roger Deakins, on his first theatrical collaboration with Sam Mendes, makes it so through a mixture of artificially-made sets (à la the burning oilfield scene) or on location photography in Mexico.

Cumulatively, if you’re up for an atypical war film which isn’t really about combat but about the soldiers who can never experience it even on the front line with a Sam Mendes-esque aesthetic, Jarhead is for you. Failing which, it’s an atypical war film and the rest is best left discovered alone if you mind explicit content.

The following is the act-by-act breakdown of Jarhead based on the author’s observations, keeping in mind the presidential-protagonist viewpoint higher above:

Act 2: Anthony Swofford has a disconcerting telephone conversation with his girlfriend.

Act 3: Anthony Swofford chooses to take responsibility for the Christmas-time fireworks show and be demoted

Act 5: Anthony Swofford reaffirms his dedication to the army to Staff Sgt Sykes in the Iraqi desert