Just before the upload of tonight’s account of director Sam Mendes’ Road to Perdition, I really – breaking with the usually impersonal tone – wanted to share what I thought about director Paul Greengrass’ Jason Bourne, starring a returning Matt Damon in the titular role.

Just before we get into this, I just saw the film for the second time a few hours ago and I thought the film flowed much better and snappier on the second pass.

That’s for that preface; time to get right into it.

Director Paul Greengrass – of The Bourne Supremacy, The Bourne Legacy & Captain Phillips fame – almost-stereotypically signature shaky-cam and quick-edits. The really interesting thing about seeing his visual style on the big screen for the second time in so may days is that I really enjoy its walking-esque up-and-down feel that feels like you’re walking alongside the protagonist in the frame. As cited by FilmSchoolRejects.com in excerpts from The Bourne Supremacy DVD commentary – ‘when he runs we run, when he escapes in a jeep we’re in the jeep with him’ – and that’s what we feel but more on that in the cinematography section. 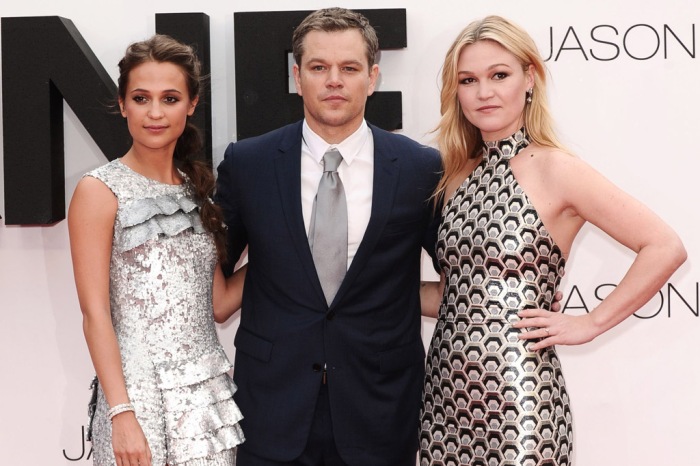 The cast is convincing in their respective roles, with special emphasis on the returning Matt Damon as Jason Bourne, Julia Stiles as the returning, but short-lived, Nicky Parsons, and Tommy Lee Jones and Scott Shepherd who work great as CIA director, Robert Dewey, and Director of National Intelligence, Edwin Russell. It would have been way better if Vincent Cassel’s simply-titled Asset had been given a greater role.

The script, jointly written by director Greengrass and editor Christopher Rouse with input from Matt Damon, incorporates, please forgive my oversimplification, prior elements of the Bourne series – car chases, an underlying quest for answers and purpose, and urban European settings meet CIA operations – with a greater than remembered degree of topicality than the prior Bourne trilogy with a Snowden name-drop and overlap between social media companies and intelligence agencies. The only jarring thing being Riz Ahmed’s Aaron Kalloor saying many buzzwords – apps, ecosystem, community, users and the like – rapidly without it ever really meaning anything. Given my prior experience with American Beauty, the set-up of objects for pay-off  later – a crucial dumbbell rack in Berlin and a Las Vegas-sourced recording device both framed prominently – was fascinating.

The score, which is only really loud at the very start and very end of the film, composed by John Powell, of the Bourne trilogy fame, and David Buckley is just great and fits really well with the score 0f the previous three Matt Damon-centric Bourne films. And the build-up to Moby’s Extreme Ways in the final scene is great and makes you remember (the previous) Bourne (films). This brings me to…

The cinematography as done by Barry Ackroyd, of The Big Short and The Hurt Locker, is distinctly Greengrass-y but done very well. Especially using cinematography as an atmosphere-building tool. Case in point: the scene where Julia Stiles’ Nicky Parsons disembarks from a bus right into a Greek protest. The camera cuts extremely quickly between protesters and riot police but you get an excellent idea of the frenetic atmosphere of that scene. The shaky-cam works well in context of bipedal motion and, taken that way, doesn’t hinder the movie at all.

That’s about it for my take on Jason Bourne, one of this summer’s better – albeit within series formula – films. Now, moving on to my scheduled take on Sam Mendes’ Road to Perdition….

(Whilst the above article uses the author’s own opinions and observations, the following sources were used to back-up the factual sources in the article: CinemaBlend.com, Deadline.com, FilmSchoolRejects.com, IMDb.com, ScreenRant.com, TheGuardian.com)