There’s an unexpected warmth, possibly superficially anyways, to director Sam Mendes’ Road to Perdition when compared to his previous feature film, 1999’s American Beauty: the recurring appearance of fireplaces, natural light, warm wooden interiors and a level of sincerity and lack of pretense in the film as a whole. 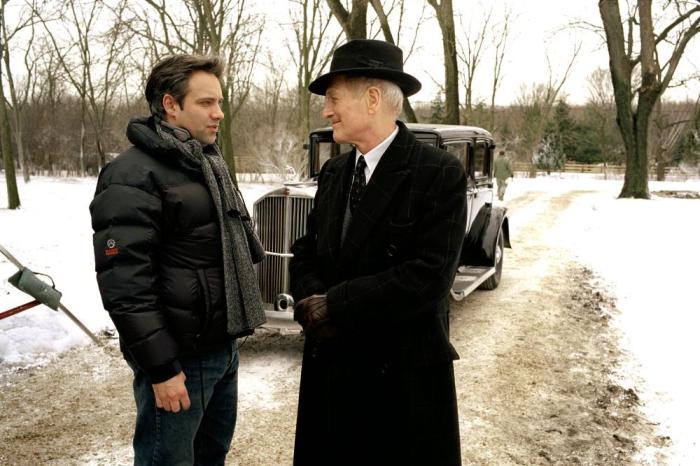 Director Sam Mendes and Paul Newman on the set of Road to Perdition (Cineplex.com/DreamWorks Photo)

Sticking with director Mendes’ previous film, American Beauty, and my recollections of the rest of his films, there is a common theme insofar as the relationship between parents and their children, the relationship between employees and their employers, and the transformative power of physical journeys with respect to those relationships. If this sounds like I’m setting up Skyfall somewhat, it’s hard not to get that feeling in Road to Perdition’s second half. That said, there’s a clear carry-over from American Beauty with many room-set scenes that are clearly theatre-like which, given the change in production designers from Naomi Shohan to Dennis Gassner, may echo Sam Mendes’ prior work in theatre. 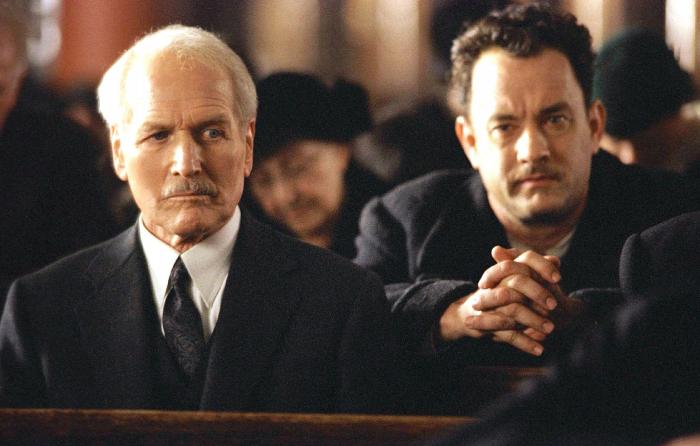 (from foreground to background) Paul Newman and Tom Hanks in a scene from Road to Perdition (MattFind.com Photo)

My apologies for note enclosing a photograph of the screenwriter, David Self of 2010’s The Wolfman fame, or of either of the graphic novel’s authors, Max Allan Collins and Richard Piers Rayner, for want of a suitably-sized photograph. That said, and notwithstanding the predisposition to describe Road to Perdition as a quintessential gangster film, it feels more like a road trip film with some distinct Sam Mendes elements included where appropriate. In the transition from ensemble piece, à la American Beauty, to a closer father-son film, à la Road to Perdition, the actual journey to Perdition, Michigan – not actually a real town – is the titular highlight of the film and the stage of relationship shifts between Tom Hanks & young(er) Tyler Hoechlin’s – yes, TV’s new Superman – Michael Sullivan Sr and Jr and Paul Newman and Daniel Craig’s John & Connor Rooney for better and for worse, respectively. 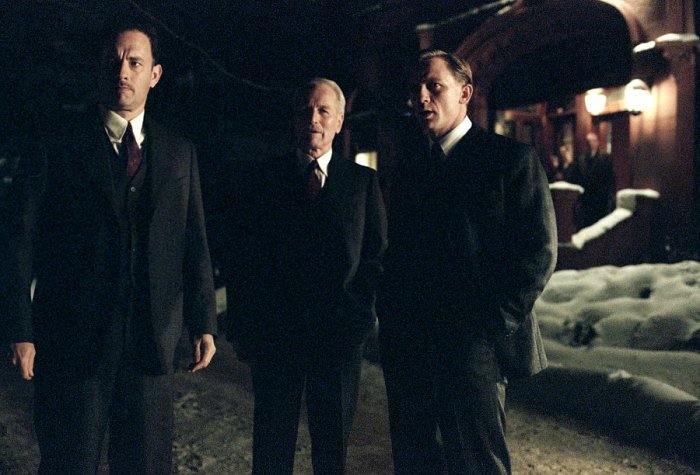 (from left to right) Tom Hanks, Paul Newman and Daniel Craig in a scene from Road to Perdition (DiaryOfACelluloidGirl.Blogspot.com Photo)

The cast, with special emphasis on Tom Hanks, Paul Newman, Daniel Craig (in a role that’s equally easy to love to hate and pity), and Jude Law (bearing the scars and mannerisms of a certain Javier Bardem role later in director Mendes’ filmography) discharge their roles believably. In a rather odd comment, the conflict between Hanks and Newman’s fathers over each’s sons is similar to director Jaume Collet-Serra’s Run All Night starring Liam Neeson as a hitman and Ed Harris as his mob boss. Hm. 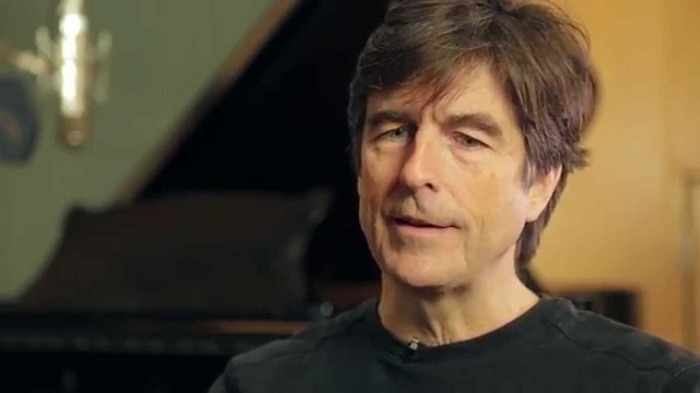 The score, led by the cue ‘Rock Island, 1931′ on both the album and in the film, is excellent to introduce you to the distinctly ethnic flavour of the film, a carried-over in spirit but not in exact substance sort of way from American Beauty. 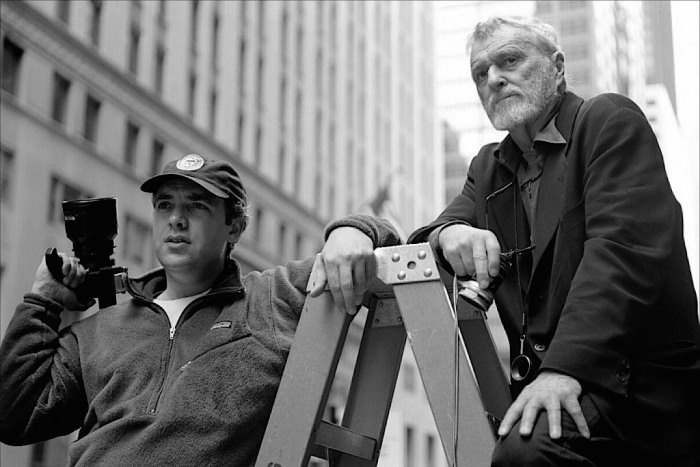 Back to what I really want to talk about, again, is the cinematography, courtesy of the late Conrad L Hall who won a posthumous Oscar collected by his son Conrad W Hall at the 2003 Academy Awards. Pardon the recycled image from last night’s post for want of a more suitable photograph. The appreciation that was given for windows, screens and other channels of light, à la mirrors, to convey as opposed to showing key scenes was great and mixed with the use of sources of warmth – lanterns, fireplaces, lamps and wooden furniture – gives the film a warmer, and I daresay, more homely feel than American Beauty, although the latter was more suburban and Road to Perdition is more post-Great Depression. There is greater pull-in on individual character close-ups as opposed to the table scenes – which are often cut away from or to –  which remind you of the director’s previous and first feature film.

Although my account of Road to Perdition doesn’t do the film a great deal of justice, pardon my inability to catch the deeper subtext which I know is there, please let me know what you thought of this article and the film in the comments below. Thank you.

(The above article uses the author’s opinions and observations while the following sources were used to back-up factual statements: AwesomeStories.com, IMDb.com)